All in a days work.

Foggy, windy and a low ceiling. No flying today.

But, we did find a great BBQ joint in Victoria, TX. 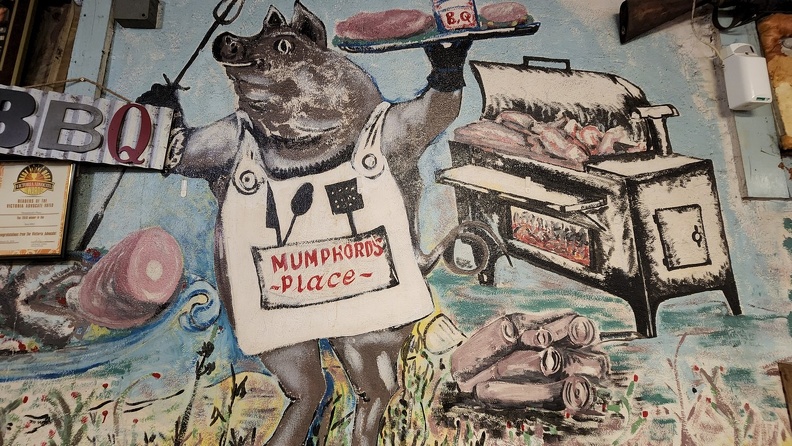 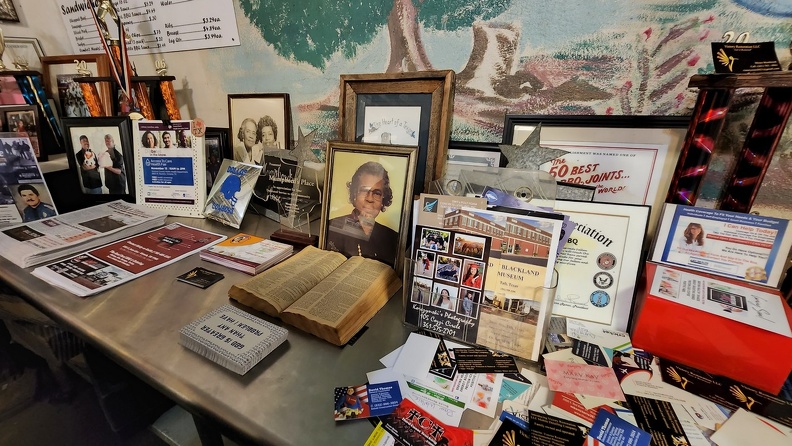 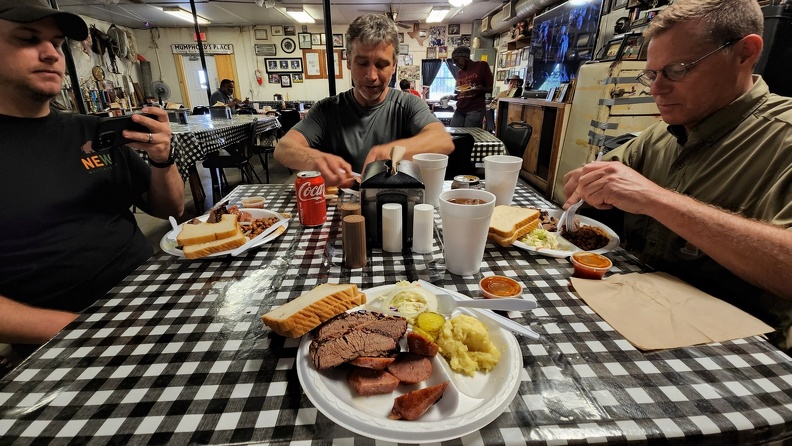 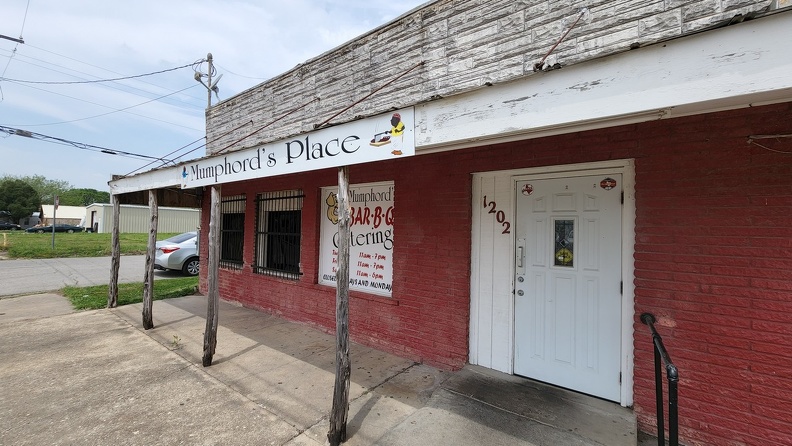 We also rigged a GoPro Hero Max 360 camera to the tail of the plane. 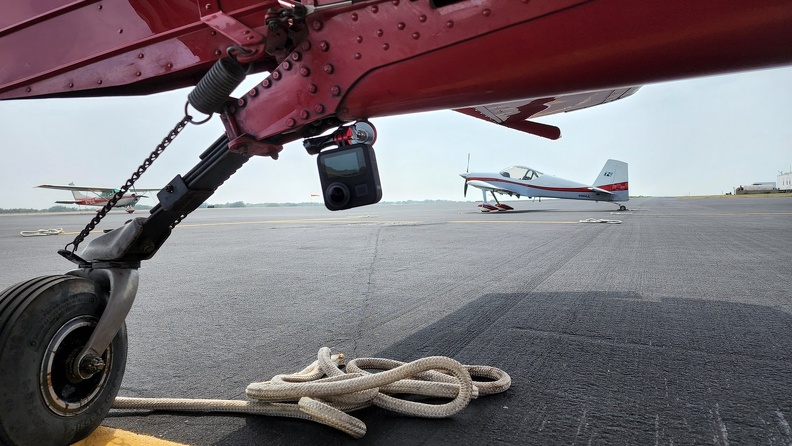 It should be interesting to see what that can produce.
http://www.trlcam.com
Top

Finally a front blew through, lowered the humidity and changed the wind to the north. The pilot and photographer had a great day in the air and accomplished most of the objectives for this area.

After landing we had some really good pizza and called it a day. 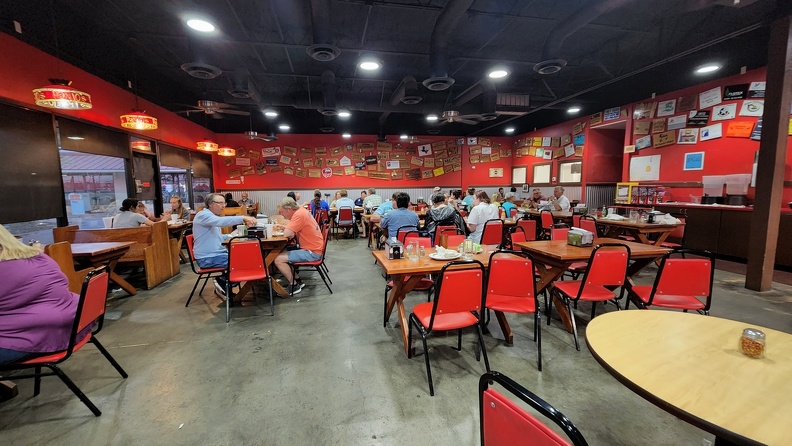 Tomorrow morning we will load up and head north.
http://www.trlcam.com
Top

Finally, a good weather window and we are out of here. 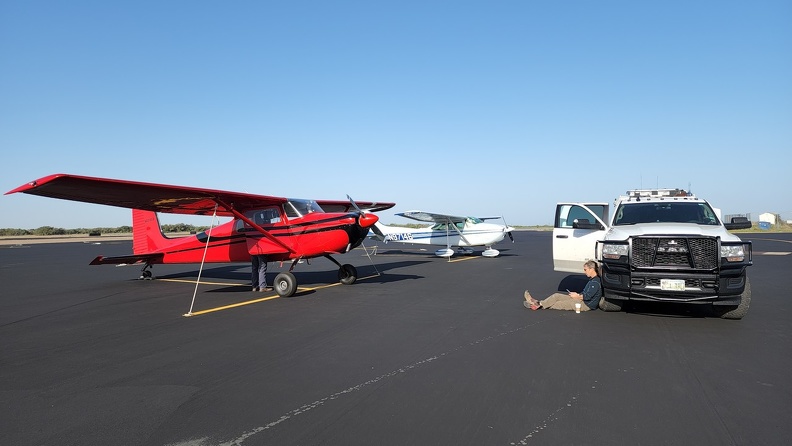 The aerial camera is in place. 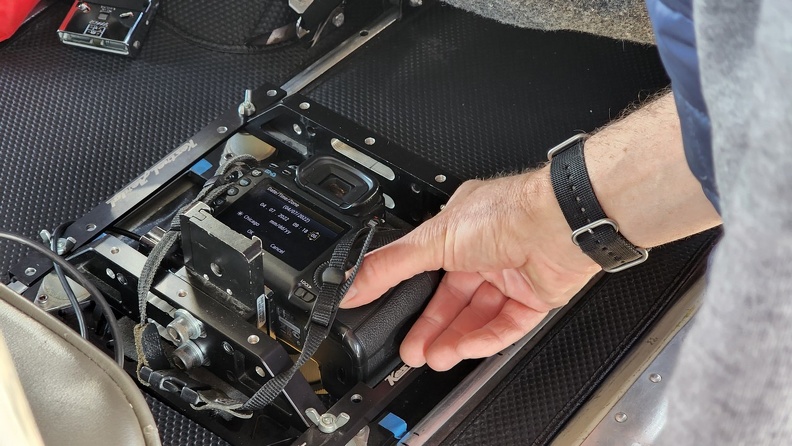 The plane is fueled up. 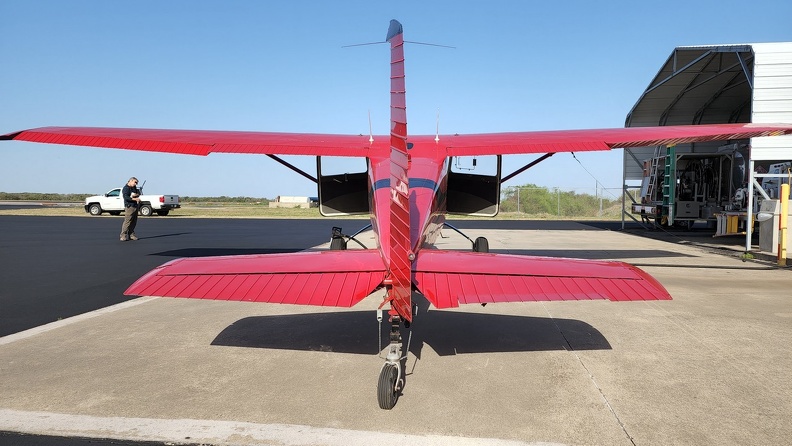 We made it to Temple, TX last evening. We had a very strong headwind that made travel a challenge.

But it is a new day and we are headed north again.

After a quick stop at Salt Plains National Wildlife Refuge to swap cards on a couple timelapse cameras, we continued north. 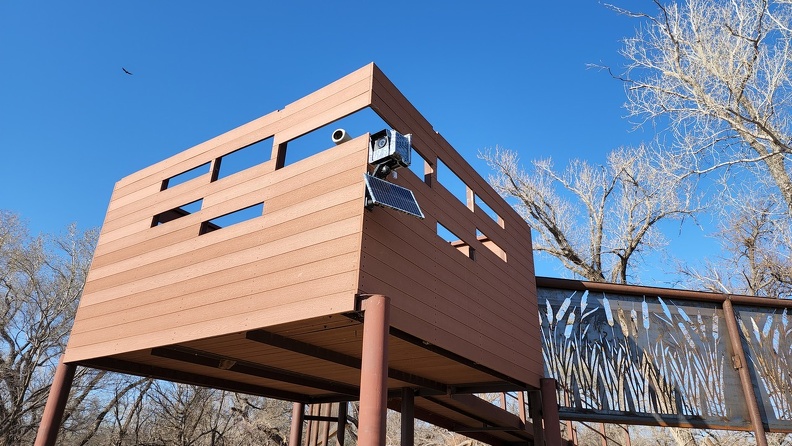 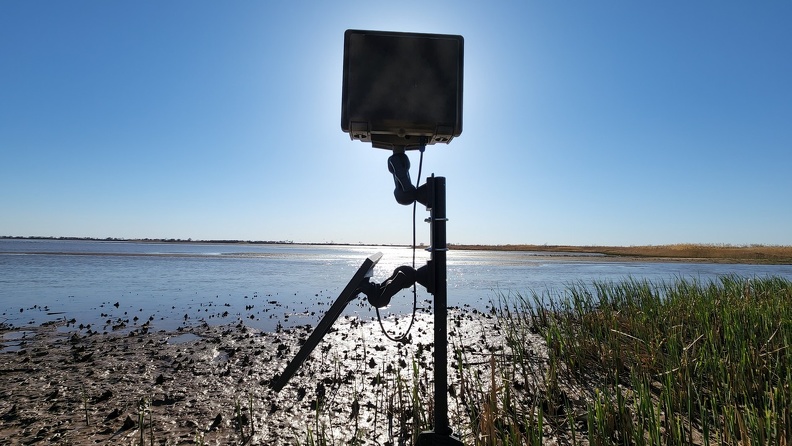 The evening found us at a small airport near Anthony, KS where we spent the night on a ranch a few miles from the airport.
http://www.trlcam.com
Top

It's starting to get interesting.

* WHAT...Heavy snow and blizzard conditions expected. Total snow
accumulations between 12 and 24 inches, with locally higher
amounts up to 30 inches possible. Winds gusting as high as 50 mph.

Travel should be restricted to emergencies only. If you must travel,
have a winter survival kit with you. Notify a friend or family
member of your travel plans. If you get stranded, stay with your
vehicle. The latest road conditions can be obtained by calling 5 1 1. 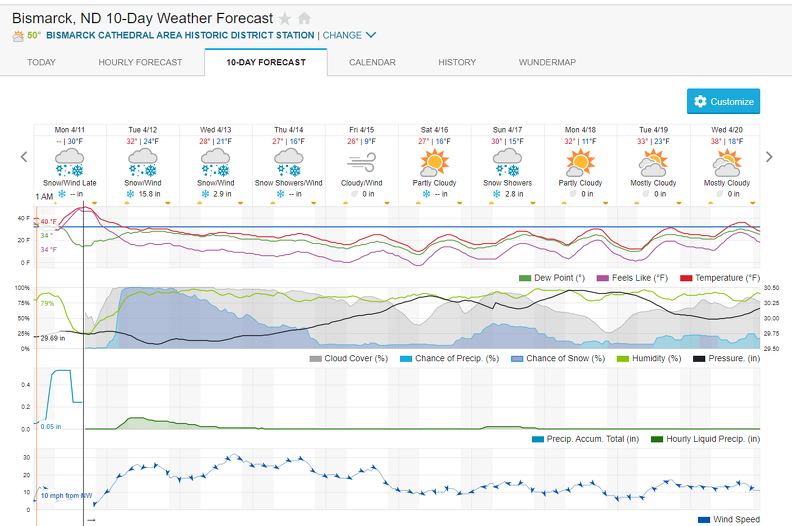 This is a recap of the last week. I am quickly finding out that I am not good at a daily blog.

Leaving Kansas, we headed to Nebraska and stayed at the Crane Trust near Grand Island. This is a property dedicated to the preservation of lands used by the whooping cranes and the sandhills cranes during their migration. They put us up for a few days in the on-site cabins while we waited for the blizzard to make it's way east across North Dakota and southern Canada. Some areas received 30+ inches of snow with winds gusting to 50+ mph. Not great flying weather for a small plane.

We left the Crane Trust on Day thirteen and ended up in Pierre, SD for a couple nights. Dinner was at a bar-grill called Mad Mary's within walking distance of the hotel. 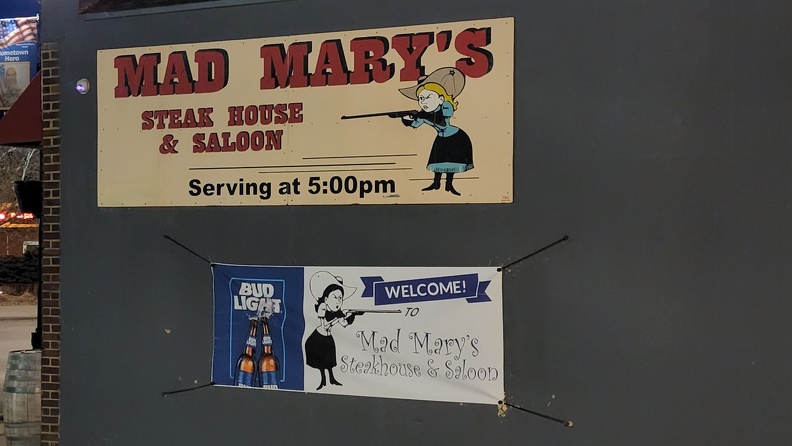 The Duke was there to greet us and take our order. 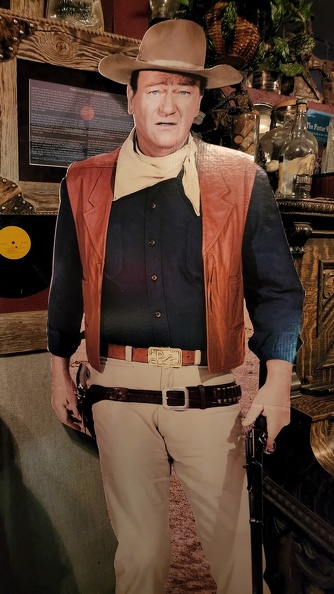 Pierre is in the whooping crane flyway and while here we located a few of the birds we saw in south Texas.

After a couple days in Pierre, SD we had a one day weather window to make our way to Bismarck, ND. While here we found a few groups of whooping cranes making their way north.

Tomorrow the weather guys forecast low winds and partly cloudy sky's for our trip across the border into Canada.
http://www.trlcam.com
Top

Also, photographer Michael Forsberg and pilot Chris Boyer are posting regularly on Instagram. You can find Chris at kestrelaerial and Mike at mforsbergphoto.
http://www.trlcam.com
Top

Well, we all finally made it into Canada. I dropped the guys off at the airport and headed north from Bismarck to the border. Along the way I shared the lane with a wandering moose. 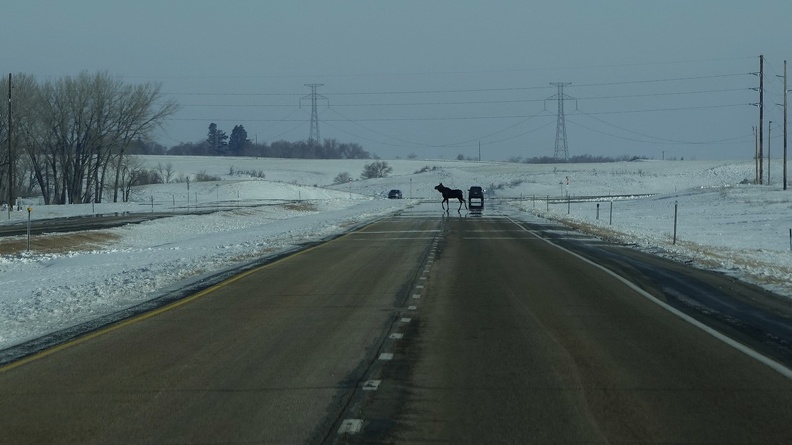 Not too far out of Bismarck, the road turned to packed ice about 75% of the time and was that way to Minot, ND, 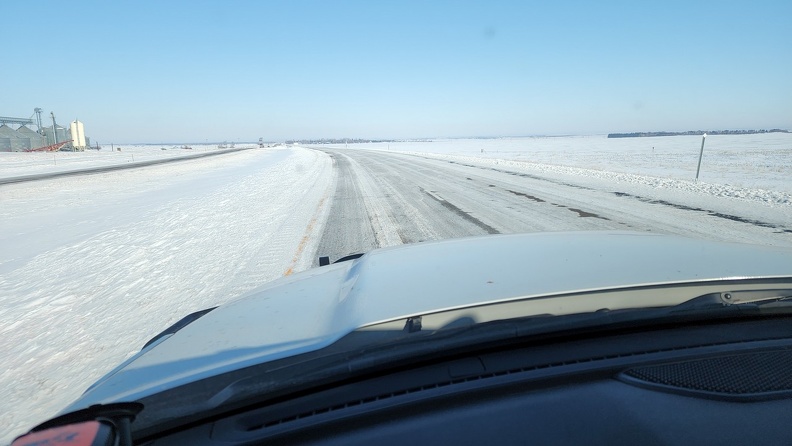 About fifty miles south of the border I received a text from the red plane saying they had to turn around because of ice and fog. So, I stopped in a small town and had a little lunch. 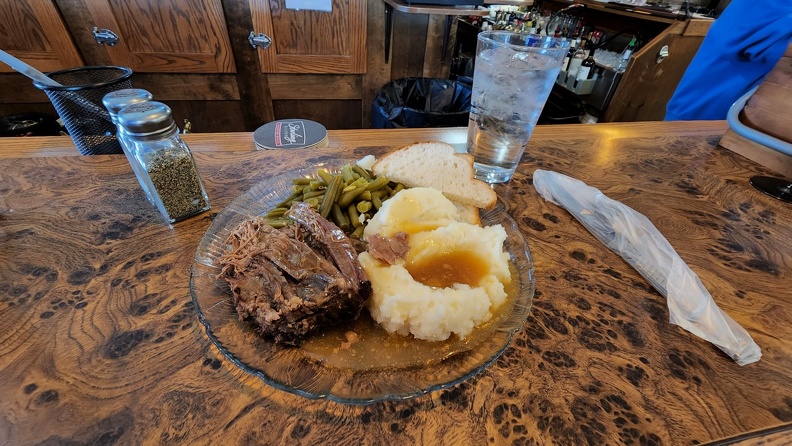 Not bad for ten bucks. I think it came with desert but there was no way after cleaning my plate.

An hour later a text from the pilot informed me the fog was breaking up and they were set to resume the flight. So, I proceeded on to the border at North Portal. There was only a couple cars in front of me at the border and when it was my turn it only took a few minutes. The lady asked for my passport, scanned it, asked me a few questions and sent me on my way. No questions about covid vaccines, guns, alcohol or anything else.

The trip from the border was uneventful. I had a little south east wind since Bismarck and made it to Saskatoon with over a quarter tank of diesel left. Installing the 52 gallon replacement tank was a great idea and allows me to run over 700 miles without filling. With diesel prices varying in price , I can fill up whenever I see prices on the lower end.

We have been in Saskatoon for a couple days now and the weather is just not cooperating. Snow and low ceiling will keep us here till it clears. 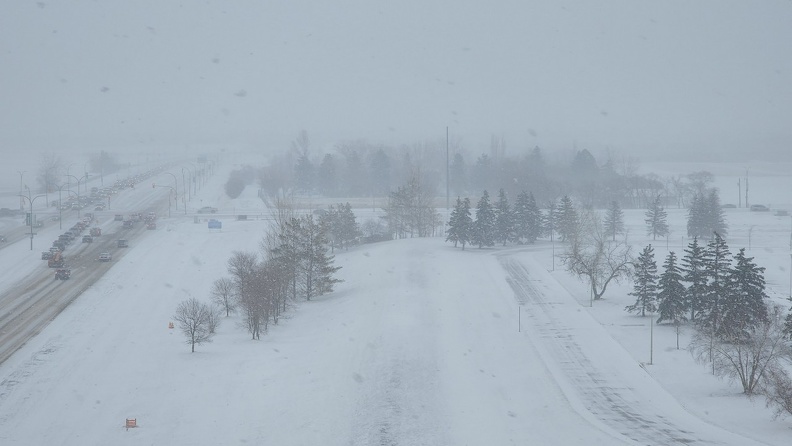 While here we will check a couple timelapse cameras installed last year. We checked the first one yesterday. It's about sixty miles north of Saskatoon. The camera looks over a wetland stopover point for whooping cranes and other migratory birds.

Unfortunately the camera had quit a few weeks ago. Troubleshooting revealed a failed Nikon D5600. We looked around Saskatoon for a replacement and found nothing. But we did find a Sony a6400. The camera store had the required power adapter and a remote shutter cable. After an hour in the hotel room the TL system is ready to go and will be returned in the morning. 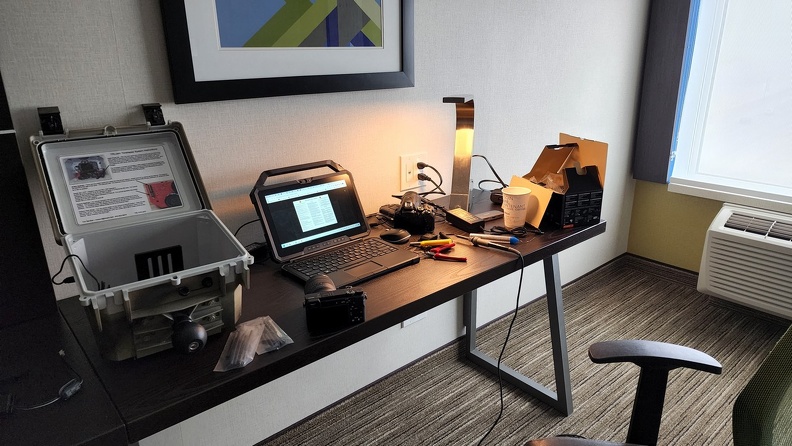 It looks like our next weather window is Friday. I hope it holds.
http://www.trlcam.com
Top

Well, we are still Saskatoon. It looks like our next weather window will be tomorrow (Saturday). There is a chance of early AM snow and then clearing after 0900. I'll drop the guys off at the airport and start my drive to Fort Smith, NWT.

Yesterday we returned the repaired timelapse camera to the site north of Saskatoon. 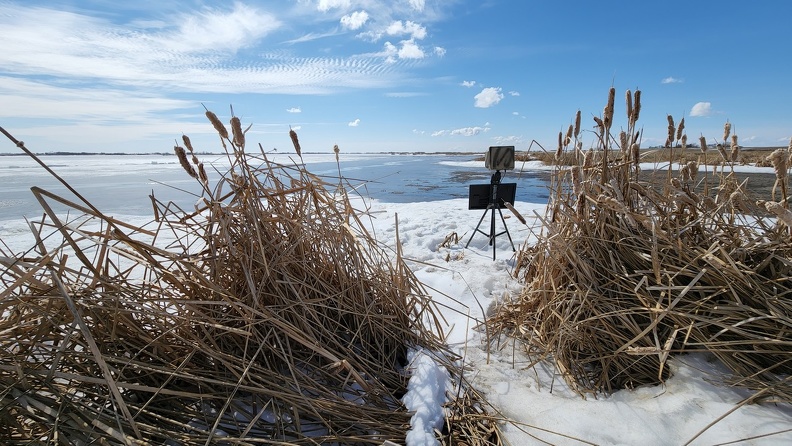 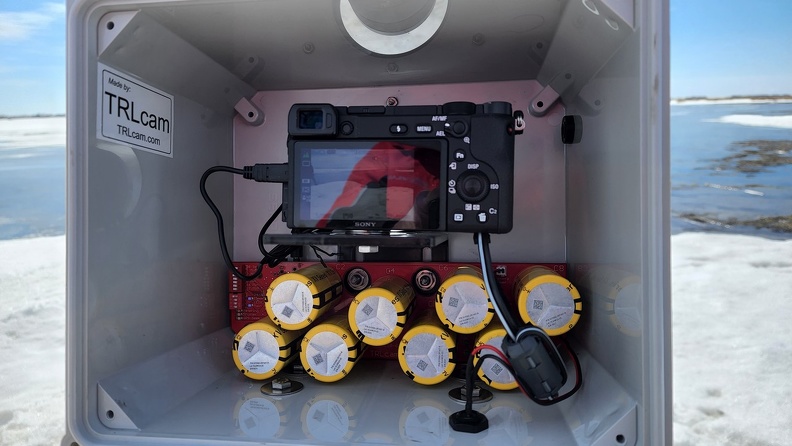 The new Sony should serve us well in that location.

After that we proceeded to another timelapse camera location south of Saskatoon to check and swap memory cards. This camera overlooks the Saskatchewan river and was running well. It hasn't missed a shot all winter. 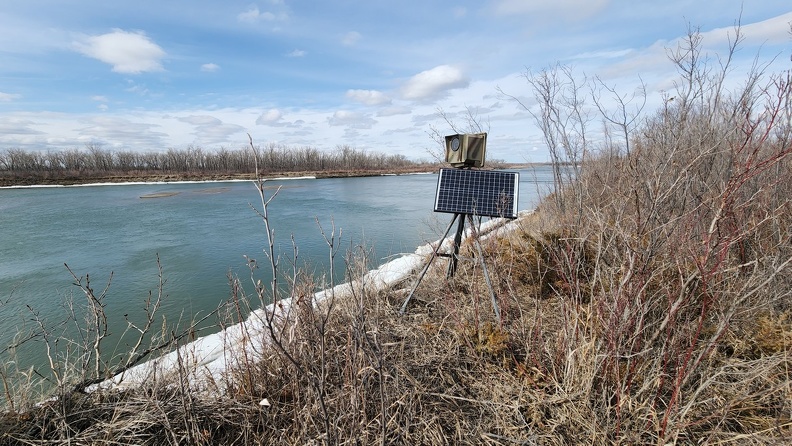 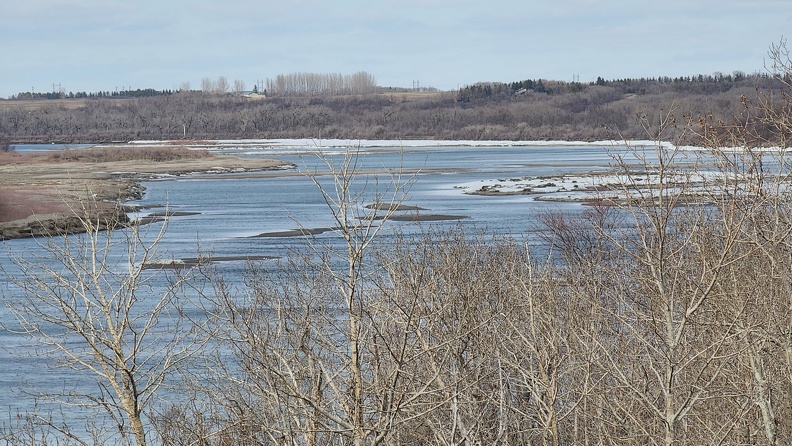 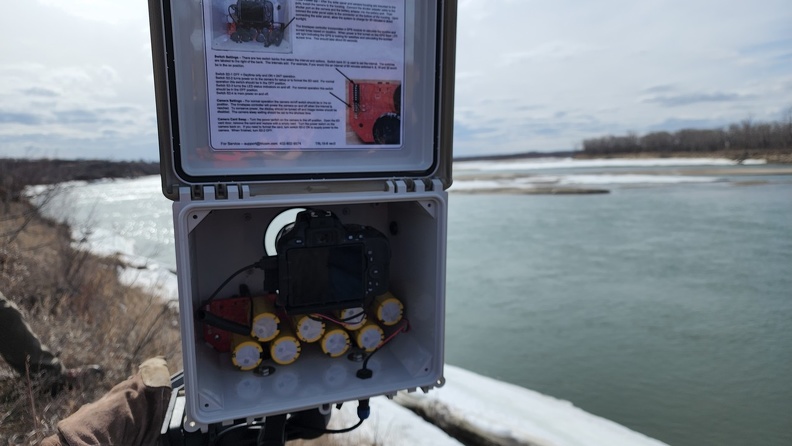 Today we visited the little red plane at the hangar. It looks pretty small compared to the big boys in the hangar. 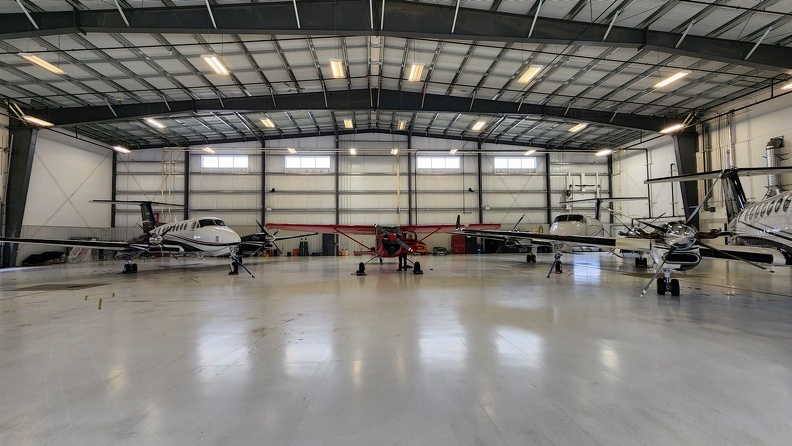 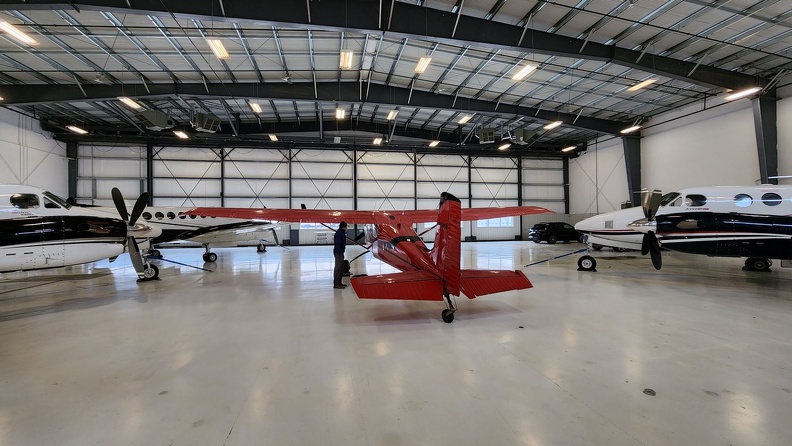 That's it for now. Hopefully my next update will be from Ft. Smith, NWT.
http://www.trlcam.com
Top
Post Reply
190 posts